ZoConnects
Home Tech How To Connect Wii Remote To Wii? 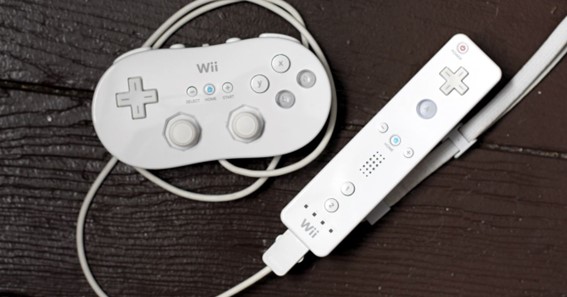 How To Connect Wii Remote To Wii?

You can follow the below instructions to learn how to connect Wii remote to Wii.

Thus, you are now ready to play on Nintendo Wii as your Wii remote is now connected to the Wii console.

Connect Wii Remote To A Computer

A Wii remote can also be connected to a computer. You can follow these steps to learn how to connect Wii remote to a PC via Bluetooth.

Thus, you will now be able to use the Wii remote while playing games with Bluetooth.

Your computer will now detect the new controller. You can also use the Dolphin program to connect Wii remote to your PC.

How To Connect A Second Wii Remote?

You can follow these steps to connect the second Wii remote controller to Wii.

Once the LED lights of the second Wii remote stop blinking, it gets connected. During this method, make sure you press the 1 and 2 buttons at the same time.

Points To Consider While Connecting Wii Remote To Wii

In the above section, we have studied how to sync the Wii remote with the sensor bar. You’ll only be able to play on Wii when both devices are connected to each other. Sometimes, the Wii remote won’t sync to Wii/Wii U.

Below, I have listed a few points you must keep in your mind while connecting Wii remote to Wii.

On Zoconnects you will get to know much more about similar topics.

Why Won’t My Wii Remote Sync To My Wii?

Open the SD Card slot cover on the front of the Wii console, just below the disc drive, and press and hold the red SYNC button for 15 seconds. This will clear all synced Wii Remotes from the console. Resync the Wii Remote by removing the battery cover and pressing the red ‘SYNC’ button.

Why Is My Wii Remote Flashing And Not Connecting?

There can be many reasons as to why the Wii Remote’s lights are only flashing but not connecting. The most common cause is that the Wii Remote is no longer synced to the main console. It could have previously been synced but is now not synced for many reasons.

What Does It Mean When Your Wii Remote Is Flashing?

Lights flashing on the Wii Remote indicate that it has not been able to successfully sync with your Wii console.

Why Is My Wii Remote Not Working Even With New Batteries?

If you have fresh batteries that are making good connections inside of the Nintendo Wii Remote, but the remote still does not turn on, there may be a poor power button connection. The connection between the power button and the motherboard may be dirty, causing the remote not to turn on.

The Wii Remote that came with your Wii console is synced at the factory. Additional Wii Remotes must be synced to the Wii console before they can be used.

Can You Connect Wii Remotes From Other Wiis?

ONE TIME MODE – This mode allows you to temporarily use your remote on a Wii console other than your own, or to use a friend’s remote on your console. It can also be used to change the order of the Wii Remotes, without the need to turn off the Wii console.

To Know Some Great Stuff Do Visit IncludedNews

To Know Some Great Stuff Do Visit IndiaPlus

To Know Some Great Stuff Do Visit InfoDeath

To Know Some Great Stuff Do Visit JetFamous

To Know Some Great Stuff Do Visit JobEngg

How To Connect AirPods To Android?

How To Connect Apple Watch To iPhone?

How To Connect AirPods To MacBook?